Many businesses have the lofty ambitions of being the next ‘Amazon’-style giant of the industry – but few show as much premise of hitting that goal as SFL Maven, the new e-commerce site set to dominate the collectibles sales market.

Share of stock in SFL Maven (OTC: SFLM) is an attractive investment to watch right now; it’s not the first time the company has attracted mass attention. In fact, SFL Maven rose to notoriety by turning its eBay store into a multimillion-dollar business, selling more than $8 million worth of collectibles on the platform.

Joe Ladin, CEO of SFL Maven, is no stranger to e-commerce. In fact, he has grown the company over a steady near-two decades, using eBay to hold regular Thursday night auctions of luxury collectibles, particularly specializing in fine jewelry and designer pieces. The auctions, with a reputation for quality and authenticity, have built a dedicated customer base in the process, with SFL Maven holding eBay’s top-rated seller status for an impressive 18 years.

Now, the company looks set to further its e-commerce success in a big way, with its own Amazon-style online collectibles marketplace.

There’s certainly ample opportunity in the market to sustain that growth. The collectibles market itself is worth an enormous $522 billion by 2028, according to research by Market Decipher, exploding even beyond the record-high valuations of the market in 2020. Alternative assets such as collectibles show no sign of slowing down as hot commodities to invest and hold, and that marketplace is now in a prime position to be dominated by a specialist online retailer. SFL Maven looks to be just the business to do exactly that. 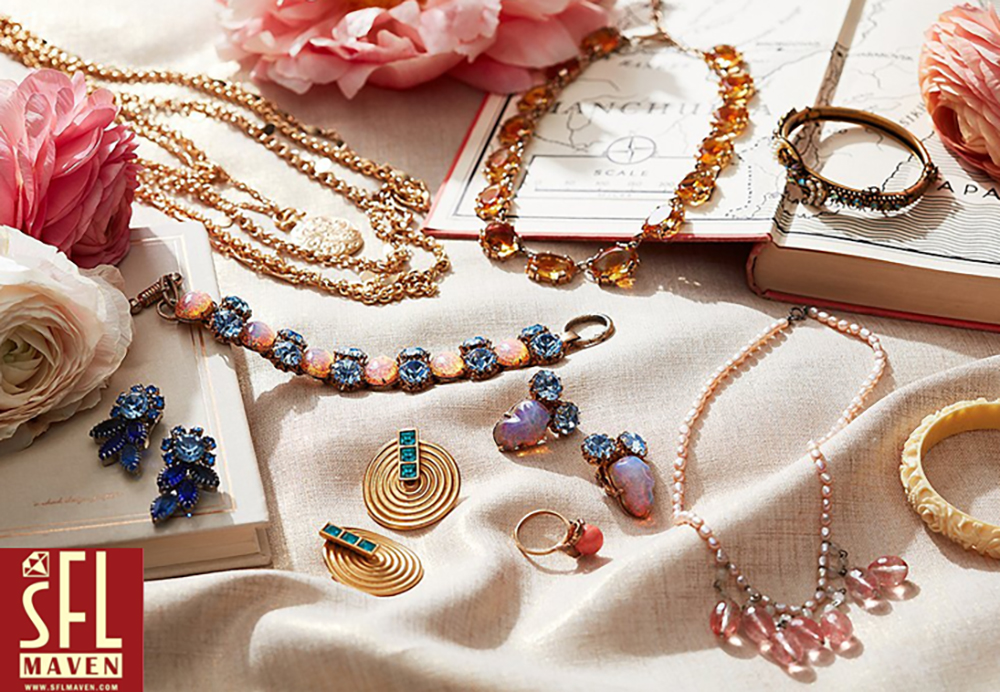 Ladin has plans to put that into action very soon, too, thanks to deals acquiring other collectible sales companies to truly build the “Amazon.com” of collectibles.

In a perfect merge of past and future, the business which has achieved such success by selling antiques and physical collectibles is also expanding into the next generation of NFT collectibles – a further rapidly-evolving opportunity for growth for the company in the near future.

Though SFL Maven has forged a successful business in trading fine antiques, with its position on the forefront of collectibles selling online, at its heart this is a through-and-through technology stock. Having already dominated one realm of eCommerce through the early 2000s, now, we expect it to repeat its success as a technology pioneer again with its new marketplace and NFT capabilities.

Today, SFLM is a penny stock – but it probably won’t stay that way for long. According to the projections for the market and the possibilities which come with its upcoming disrupting technologies, expect this stock to potentially trade at huge multiples from its current price In the near future. Just like the collectibles, it sells every day, this just might be a high-quality option to invest in now and hold for future wealth.

DISCLAIMER: THIS ARTICLE IS STRICTLY THE AUTHOR’S OPINION. ALL STOCKS INVOLVE RISKS AND THE POSSIBILITY OF LOSING ALL OF YOUR INVESTMENT. PLEASE CONSIDER ALL RISKS BEFORE INVESTING AND CONSULT WITH AN INVESTMENT ADVISOR IF YOU LACK EXPERIENCE. THE ARTICLE WAS PROVIDED IN PART BY THE SOCIAL MEDIA COMPANY, STRATEGIC INNOVATIONS. IT WAS NOT ENDORSED OR PAID FOR BY THE COMPANY. HOWEVER, STRATEGIC IS PAID BY THE COMPANY FOR SOCIAL MEDIA WORK.

artnet : Crypto-Rich Collectors Are Putting Up Their NFTs as Collateral to Get Cold, Hard Cash. But Is It Actually a Good Deal? – marketscreener.com | NFTRADIUS

This website uses cookies to improve your experience while you navigate through the website. Out of these, the cookies that are categorized as necessary are stored on your browser as they are essential for the working of basic functionalities of the website. We also use third-party cookies that help us analyze and understand how you use this website. These cookies will be stored in your browser only with your consent. You also have the option to opt-out of these cookies. But opting out of some of these cookies may affect your browsing experience.
Necessary Always Enabled
Necessary cookies are absolutely essential for the website to function properly. These cookies ensure basic functionalities and security features of the website, anonymously.
Functional
Functional cookies help to perform certain functionalities like sharing the content of the website on social media platforms, collect feedbacks, and other third-party features.
Performance
Performance cookies are used to understand and analyze the key performance indexes of the website which helps in delivering a better user experience for the visitors.
Analytics
Analytical cookies are used to understand how visitors interact with the website. These cookies help provide information on metrics the number of visitors, bounce rate, traffic source, etc.
Advertisement
Advertisement cookies are used to provide visitors with relevant ads and marketing campaigns. These cookies track visitors across websites and collect information to provide customized ads.
Others
Other uncategorized cookies are those that are being analyzed and have not been classified into a category as yet.
SAVE & ACCEPT
X
X