Story by Ascend Agency for CryptoJeweler 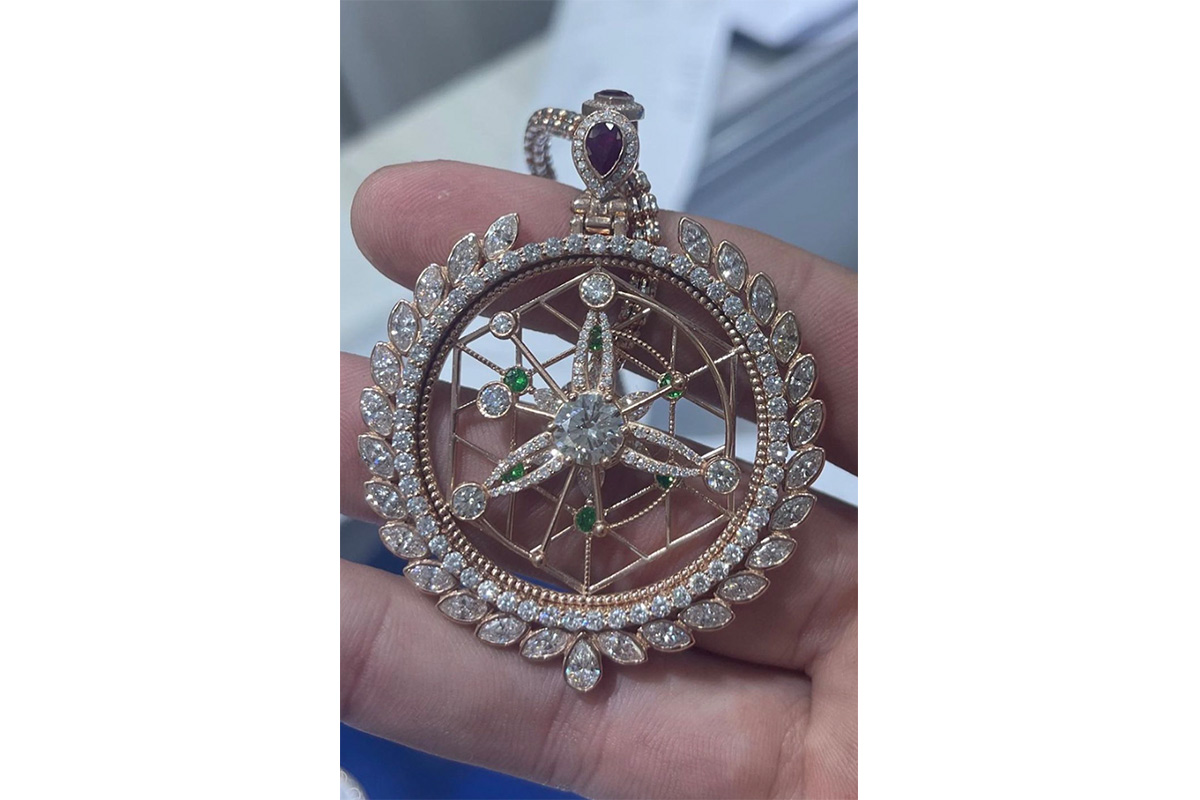 The popularity of NFTs has skyrocketed in the last year to previously unimaginable levels. NFTs are blockchain-based cryptographic assets with unique identifying codes and metadata that separate them from one another. Unlike cryptocurrencies, they cannot be bought or exchanged at face value. This is in contrast to fungible tokens, such as cryptocurrencies, which are all the same and can be used as a means of exchange. Tokens do not have their own blockchain, unlike cryptocurrency coins. They use Bitcoin blockchains in their work with Ethereum, which several tokens, including stable coins, have used.

The innovation allows users to verify an item on the blockchain. It has been used to sell multi-million-dollar works of art to allow anybody to produce, share, and validate their work online.

Bamdas and Gauthier are experienced crypto and jewelry developers, respectively, who have teamed up to bring their dream to life. The two are the founders of Chains NFT and work together, where Bamdas is tasked with the business side of things while Gauthier handles the design end. This has become a powerful team offering vast experience from their respective professional backgrounds.

Gauthier has been a jeweler for close to a decade, having designed unique and custom pieces for almost all A-list rappers in the hip-hop scene. At the age of 22, Gauthier also shares a profound understanding of the crypto world as he has been in the field since 2016 and is an active angel investor.

The duo is known for creating a physical store of value for their digital NFTs while producing stunning artworks to develop Chains NFT. Bamdas and the Chains NFT team are working to create 10,000 unique hyper-realistic pendants and chains to blow other NFT projects out of the water. Specifically, each NFT can be translated into a physical piece of jewelry, allowing its owner to flex their digital collectible as IRL ice.

But Chains NFT might also be different in that its community is at the project’s forefront, right up there with the actual chains. The point is that Chains NFT offers its users a far more involved experience than typical NFTs. A purchase will gain users entry into an exclusive yet expansive club. They have grown organically to 23,000 members on Discord and 10,000 on Twitter in about seven weeks.

Chains NFT will minimize owner profits, redirecting proceeds back into the project to maximize its potential and benefit its users. Perks include passive income from sales generated in Chains’ Sandbox shop and exclusive IRL “holders only” events at hotspots worldwide. The objective is to bridge the gap between the NFT space and where it’s headed.

The duo would like to partner with companies like Tiffany and Co. or Louis Vuitton in terms of utility. At present, quite a few IRL partners are already lined up for future endeavors after the mint concludes, sweetening the pot for potential Chains NFT clientele. As the team at Chains NFT understands, few things are sweeter than turning unique NFT into a matching piece of jewelry.

Members of the editorial and news staff of the Las Vegas Review-Journal were not involved in the creation of this content.

Here’s a Beginner’s Guide to Crypto, NFTs, and the Metaverse – Entrepreneur | NFTRADIUS