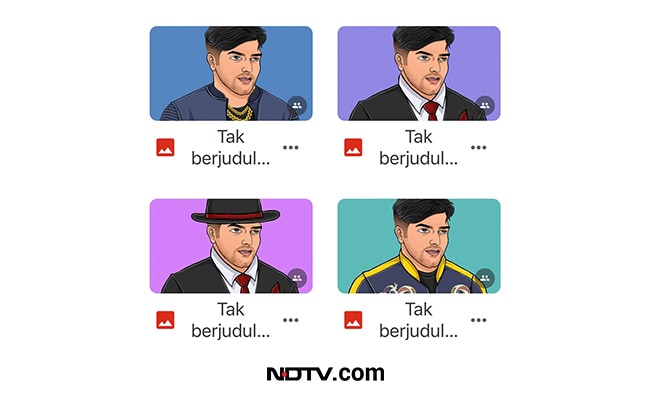 Southern Star Arya has become the first Tamil actor to enter the NFT space. Minnal, a new NFT platform in Tamil Nadu, is set to launch 27 NFT art forms of the actor to woo his fans to buy.

The first is a preview scheduled for later this month, are 27 NFT art forms of Arya.

Non-fungible tokens (NFTs) can digitally represent any asset, including virtual-only assets. Some of the examples of NFTs are digital artwork, including in-game items like avatars, digital and non-digital collectibles, domain names, event tickets, and tangible assets such as real estate.

While a bulk of it would be up for sale at a fixed price between five to ten thousand rupees each, two would be put on auction for fans to bid.

Speaking to NDTV, Arya said, “NFT is truly exciting for me. I immediately agreed to the idea as the concept is innovative, and I thought it would help bring me closer to my fan community.”

Besides images, Minnal also plans to include music and videos, among others, to woo fans to own collectables of celebrities.

The company says fans who buy these or win by auction would also get an opportunity to dine with stars and visit their sets, including passes for big-ticket events and films, opportunities for auditions by music directors, or even tickets to IPL finals.

Fans would also enjoy special status as Tier1 or Tier 2 based on the number of NFTs they own. “They can resell these NFTs on our platforms with a premium during big-ticket events, which we hope will trigger a demand for these. This is unique for Tamil cinema with the primary and secondary market place” says Mr Venkatesh, CEO of Dot Com Infoway, behind the venture,

Besides Arya, the company has already tied up with Actor Megha Akash ” and Musician Gibran for  NFTs. It is also collaborating with production houses and theatres to offer a range of privileges to fans. Music composers who sign up would share exclusive soundtracks and release even numbers that did not make it to films they were initially made for.

Guardian Link, a tech company that has done this kind of a platform for Amitabh Bachhan, provides the tech platform. A bulk of the revenue, up to  50 per cent, would instantly go to the participating celebrities, and the rest would go to other stakeholders. “We aim at a revenue of 5 lakh USD in our first year”, added Venkatesh.

NFTs, many say, helps celebrities engage with a discerning community of fans. This platform allows fans to demonstrate their loyalty to their heroes or icons.

Anyone can sign up for this. On the possibility of children splurging on NFTs of their favourite celebrities, Venkatesh says, “Only those with bank accounts or credit cards can purchase, and hopefully this would exclude children”, Would this lead to idol worship? He argues, “that’s going to be there anyway.”